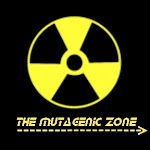 I float above what is called by many the Road, some call it the Highway,  some call it something worse.  Highway to Hell is a favorite.  And if you end up on the Road you can go from nowhere to nowhere, or if you are lucky to someplace somewhat safe.

The Road meanders along through a variety of landscapes, strange places, and downright surreal vistas.  There are no off ramps, no side roads, and only the occasional road side attraction, or resting place.  There is no escape.

I float above the road, following some of it's denizens.  They call themselves the Shadow Riders.  From what I have observed they have called themselves many names.  The Dark Riders, Bone Crushers, Blood Thorns,  a biker gang doomed to ride the road forever,  if not for one thing....

One of the members of this group can create access to the off ramps that do exist.  The Shadow Riders can take these side roads, pathways, and toll ramps to different places.  They can access any place that exists in the multiverse; every alternate Earth, strange dimensions, and on occasion; other planets.  I do not know how long they have been riding the Road, but I think it has been a very long time.

I float above the road.  I follow the Shadow Riders, and watch as they take an exit to a vast junkyard.  I cannot follow them.  I wish them luck; because sometimes their antics amuse me.  I am doomed to float above, travelling the Road, merely observing what happens.  Recording for all of Eternity the history of the Road.

Reginald J. Farnsworth gets off his Harley, and stretches.  Reggy, as most call him, walks over to the old man.  Everyone else but Paul Stone, otherwise known as Pipsqeak; stays on their bikes/  They all have weapons out, and at the ready.  They are always cautious to the dangers of the Road.

Reggy, being a huge man; looms over the sitting figure.  "WAKE UP!"  No response.

Pipsqeak walks over to the side of the man, and taps him on the shoulder.  Then shakes him.  "He might be dead...."

The old man's eyes shoot open and he gasps.  "WHAT THE...  oh you're back."  The old man stands, he's wearing a tattered and dingy grey bathrobe.  "What do you want?"

"I doubt it.  Gator can take care of himself."

Pipsqeak turns his head towards the van.  "Reggy, he's asleep in the van. Dreaming of the girl he met in ancient Rome...."

The old man leaps up; out of the lawn chair.  Taking a step back; Reggy pulls his Bowie knife out of it's sheath.  They all watch as the old man's eyes turn white, and opens his mouth.  A strange glow emanates from within, and he begins speaking in a strange, melodic voice.

"When all is well, the Darkness falls.  The Evil that comes will destroy it all.  It's at this time that Kinship calls."  The old man collapses back into the chair unconscious.

There was muttering among the rest of the gang.  Reggy walked up and slapped the old man back to consciousness.  "WAKE UP!"

The old man's eyes opened, and he he rubbed his cheek.  "That was too hard you son of a .... wait what happened?"

"Sorry.  Your eyes turned white, and you spoke in a strange voice."  Reggy sheathed his knife.

"Oh.  I have these episodes.  Sometimes I remember what I say, most often times not...."

"No.... not an episode; a message.  Someone or something was using you as a channel to communicate with us."  Pipsqeak shrugged.  "I could sense it...."

"Whatever it was, if evil is coming, we need to be ready.  And it sounds like Kinship is going to need our help.  Somebody wake up Gator, we're heading to Kinship."

As the motorcycles and van roar off, the dust billowing behind the Shadow Riders, the old man heard them all yell in unison....